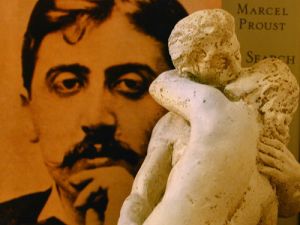 It’s about time I admitted that there isn’t an MMO out there that will hold me for more than 2-4 months at a time anymore. What I can’t figure out is if that’s because I’ve outgrown the genre or because of some flaw in the genre itself — or both, or indeed neither. The last game I played for more than half a year at one stretch was my last stint in SWG, which I played “seriously” for about 6 months and then spent 2-3 more months breaking up with (that phase where you’re not really playing anymore and you’re gradually walking away but you haven’t cancelled your subs yet). The only game I can say I played continuously for years is Asheron’s Call, not coincidentally my first ever MMO; I’ve played several other games over several years, but only in shorter stints, and since about 2003 or 2004 my average game-sub stint has been 2-6 months.

Ultimately I’m not too concerned as to why; it’s interesting to speculate about for a while, as I’m doing here, but in the long run it may not be particularly productive. If I’ve outgrown the MMO genre, then that’s just a fact of my gaming life, and if it’s because the genre itself is flawed, then that’s not something that’s going to change overnight — assuming it ever does. It’s probably a little of both, anyway. My life is what it is and I’ve got work and other non-game commitments like everyone else past a certain age, and to be honest I’m glad of it. I’m not the person who could spend 8+ hours in game several times a week anymore. I can’t drink like a fish and pull all-nighters anymore either. Ah, the resilience of youth. All that stuff was fun at one point in my life, but it doesn’t really appeal so much these days.

And one of the reasons why MMOs may not be as gripping anymore is that a treadmill by any other name (or with any other UI and graphics) is still a treadmill, and the underlying principle of most MMOs (and many RPGs, for that matter) is the steady upward climb. We progressively get more powerful and it takes ever more effort to get a certain amount of progress and… well, that’s it, if you strip it down to the essentials. It never happens that we suddenly lose half our levels — and it shouldn’t, because games that rely on upward progression as their primary activity cannot in all conscience require you to randomly have to do it all again. If they did nobody would play them; alts are one thing, but redoing levels X to Y on the same character would cause howls of justified outrage — see also the discussion on the need for/extent of death penalties in games.

Sandbox games are a little different, in that you can to varying extents make your own goals and you’re not necessarily tied to the item/level/skills treadmill. Even those, however, have grown a little stale for me over the years, and that’s probably more down to me than down to the sandboxes. Part of the problem is that leaving a game for any length of time tends to feel as though it’s not worth coming back — if you stop doing whatever it is you’re doing, you’ll lose your place, get left behind, whatever… even when the only goals you’re really living up to are your own. Going on from that, I discovered awhile back that getting un-addicted (metaphorically and mildly speaking) from a game is just a matter of not logging in for a day or two, at which point that all-consuming itch dwindles away and the game resumes its normal (and probably proper) importance in one’s life. I know how easy it is to stop playing now, and in a perverse way that decreases a game’s importance to me and thus the amount of time I’m going to invest in it, especially over a span of weeks or months. I suspect that’s far more healthy, psychologically, but it’s also less fascinating and exciting.

Then, of course, there’s the matter of friends and gaming communities.  Online game communities move swiftly these days and chances are the people you played with in February may not be playing anymore come October, let alone next year. That’s my primary problem with leaving — knowing that if/when I come back, I may not find the people who made it all fun in the first place. Ironically, of course, some of them may actually end up leaving because I did, and so on round the circle.

Ah, people. Hate em, love em, but they make the MMO world go round. I’m quite sure a large part of my jadedness over the past few years has to do with the fact that none of us really play these games as intensively as we used to, and that most of my friends chop and change from one game to the next — as do I, of course. As Tipa (and others, but I remember her quote most recently) has said, it’s not what you play it’s who you play with. It’s good that there are a jillion games to play these days, but it’s not so good that we’re so spread out among them. I know many more people online than I did a decade ago, but there’s still a limit to how many good friends/acquaintances you tend to really interact with at any one time, and that basic pool isn’t much larger now than it used to be because our brains aren’t capable of maintaining a million different close connections at once; so I have about the same number of friends, but we’re spread out among 10 or 20 different games instead a handful — and that’s not counting consoles now.

Last but not least, there’s the creeping ennui the grows from having done something many many times before. MMOs aren’t sustantively different from each other, and part of that magical first MMO experience was, literally, experiencing everything for the first time. That’s just a fact of life and the way we’re built to apprehend the world, but it’s important in terms of the longevity of any given playing experience.

So between shorter learning curves (part of what I absolutely love about games is getting to know them) and smaller friends pools in individual games, it feels like I’ve been around the block 18 times before and that I’m doing it in a much more solitary fashion than I used to.