It took a while, but here I am on the bandwagon, just in time before the week actually ends.

So apparently it’s Developer Appreciation Week — I’d give credit where it’s due but I’m damned if I know where it’s due so we’ll just have to go with good intentions. I would if I could but I don’t so I won’t.* 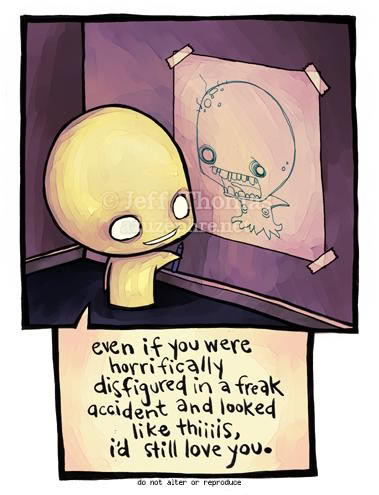 My problem with these appreciation hours/days/weeks is that they always make me think “Uhh, shouldn’t we be appreciating pandas/mothers/peace/developers all the time? Isn’t this a little facile? Do I have to go out and buy a Hallmark card just because everyone else does?”

I am not a big buyer of Hallmark cards, cute baby animals notwithstanding.

So here’s the deal: I love my devs whether the calendar or some blog meme tells me to.

Now get outta here before I get all maudlin. I hate appreciation days. Bah humbug.

* Apparently this is all Scarybooster’s fault. I should have known.