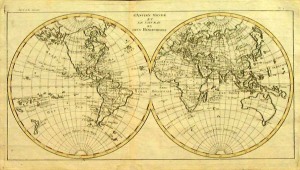 How did I lose one of the best blogs/sites/interesting educational places EVAR from my RSS feed? I’m going to assume temporary insanity.

Fortunately, thanks to several link-the-link posts on The Great RealID Shitstorm of 2010 (GRIS – or “grease” for short), I found them again. If you don’t know Terra Nova then you should go there at once and check the place out. It’s erudite with lots of erudite posts and links to other erudite people and places. I feel smarter as soon as the page loads on my browser.

Also — and no, I don’t think I’m done posting and commenting on the GRIS issue — there’s another great post there by RealID-Timothy Burke that predates just about anyone else. Actually though, what really caught my eye was an author addendum in the comments, which I’m going to quote because it’s nail-on-the-head kind of stuff. Original post here; read it.

Two further thoughts. The first is that this kind of shift is a further outgrowth of the kind of near-theological faith that culture is the product of design that Thomas Malaby talks about in his new book on Second Life. It’s not just Blizzard: there’s a new wave of “eliminate the anonymity, and you eliminate cultural problems on the Internet” thinking going around in a lot of designers’ talk. There is certainly something to PvP’s famous Greater Internet Fuckwad Theory, but the problem is that the design-centric theories always assume there is a short road between a design choice and a complex cultural formation, and that changing the design choice instantly pivots the complex culture as well. If there’s any lesson MMO devs ought to have learned by now, it isn’t so, but there you go.

Whatever. Also in the comments, by Alenda Chang, this:

While I agree that pushing toward an exact convergence of virtual and “real-world” identity is not necessarily the silver bullet for trolling, misogyny, and other maladies of online discourse, let’s remind ourselves of the imperfections of the status quo. As a female, minority gamer I’m often bothered as much by inaction, silence, and anonymity as I am by events, outbursts, and invasions of privacy (I’m thinking of Lisa Nakamura’s writings in this regard). Playing World of Warcraft, how often have I remained quiet on Ventrilo voice-chat servers, and how often have I ignored the often racist, sexist, homophobic, and xenophobic chatter perpetually reeled out in chat channels? Perhaps Real ID and the controversy it generates provide a vital jolt to our virtual apathy about existing inequalities.

She’s right, and while it’s almost blindingly obvious to me as I read her comment, I also didn’t consciously articulate this to myself either in the last few days. Point being RealID as presented this week might not be the best solution, but the current situation isn’t exactly good either if you’re not white, male, 18-25 and called John Smith.

That said, you’ll never convince me that putting me in a massive facebook-equivalent is an improvement. I already don’t like FB much (and therefore don’t post much) because I’m one of those people who thinks that what I spend most of my days doing is private and not for public consumption — and that really, it’s not even that bloody interesting. I sleep, I wake up, I eat, I do stuff, some of which is gaming.

I have nothing to hide, apart from a boringly normal life. But if I DO. NOT. WANT. to share, I shouldn’t be viewed with suspicion. What the hell happened to the right to just keeping oneself to oneself?

This debate has more heads than hydra, and every time one part of it seems hashed out, two more show up.