I mentioned Raph Koster’s post a few days ago, but as it turns out there are a bunch of them about SWG and I’m still cursing the loss of Google Reader (yes I bloody well hold a grudge, at least in this case). So for my own convenience and that of a couple of other people who keep saying they need to read those posts — and they do, they’re fascinating — here are some links.

That should be enough to get you started.

It’s weird how often Mr. Koster says they didn’t end up with what they wanted for various systems in SWG (especially crafting!), when I and many others still remember it as the best crafting system ever, bar none. Actually to me it was the only real crafting system ever, bar none. All the others were just… bleh. Even EQ2, and I love EQ2 crafting — but it never even remotely compared to SWG crafting. The difference is one of several orders of magnitude in terms of complexity and depth. EQ2 is fun, but it’s whack-a-mole: once you’ve figured it out, you’ll never get anything but pristine (and yes, that was true even in the days when Death By Forge was a possibility).

And this is why SWG worked for crafters and people who wanted to be part of a society and not just someone who ran a ‘toon’ (apologies to all of you who use it, but I hate that term). It’s also why I doubt anyone will ever design another SWG. More’s the pity, but at least we have the Emulator:

I get asked this question all the time. In fact, now that I do consultancy from time to time, it’s not unusual for a company to come to me and say “can you put in crafting like SWG? Our players say it was the best ever!” Usually, they have actually, you know, designed their game already, or even built it. And I have to tell them, “No. You build your game around it, not the other way around.”

In other more fluffy news, I managed a little bit of playtime in between bouts of being sick and feeling sorry for myself. Here’s a pictorial account: 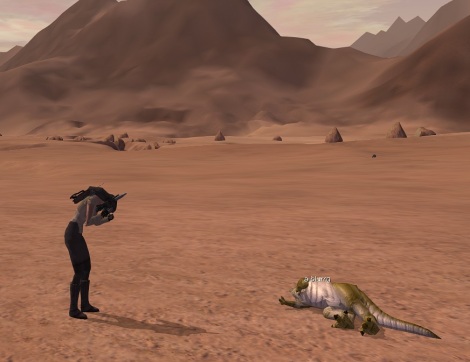 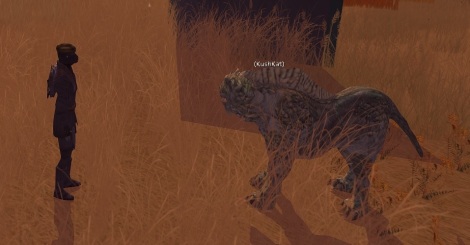 A gift from a princely Master CH in Coronet. I shall pay it forward.

8 responses to “SWG – The Master Speaks”