Horns-dilemma, meet Ysh. Ysh, horns. Or, as the lolcats would say: this is dilema. I are on it.

I have one character slot left on my second EQ2 account, and it’s eating away at me like sulfuric acid — or maybe like the sea on the shore. It’s not too painful, and I’ve been resisting, but that empty space where a character should be will eventually wear me down. So yes, dilemma — two, actually.

The first is probably something for which I just need to play Rock-Paper-Scissors with myself (I always lose!): do I make a berserker, a templar, or a wizard? The classes should be pretty clear even to those who don’t play EQ2, but in a nutshell: zerker hits things, templar heals things, wizard nukes things. My comfort-zone preference would be for the templar, because I really like healers in EQ2 and these guys get to wear plate. The DPS side of me says it would be fun to rampage around Norrath 2.0 as a berserker and go around quoting Erik the Viking at people. And yet… I’ve had so much fun nuking stuff with my nuke-biased Fury (who is really a healer, except when I’m playing her) that I suspect I might like playing the real thing in the form of the wizard. Except wizards are squishy. I don’t do squishy so well — I tend to get frustrated and rush things yelling AUUUUUGGHHHH! (shortly followed by SPLAT) and I’m usually not patient enough for the kind of play good wizarding needs.

Thing is, I’ve already played a templar and a zerker — both in 2005, admittedly, and the templar in particular has been altered somewhat (to actually do a little damage in combat instead of nearly none) — whereas I’ve never played a wizard. The sensible thing would be to make the wizard and play them for a bit, see how I like it. Which is probably what I’m going to do. 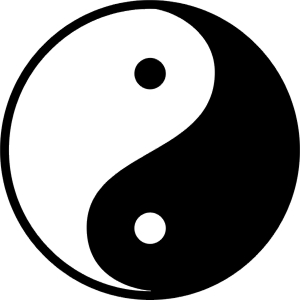 The second dilemma is a gender issue. Over the years, from tabletop gaming to the MMOs I play now, I have only ever played a male character if I was forced into it, notably by WAR. I’m trying to think if any other games had similar restrictions, and can’t come up with any off the top of my head.

Part of that is affirming my boob-independent identity in this male-dominated and ridiculously sexist entertainment industry corner of the world. Yeah I know, if you’re male, chances are you’ll be saying “Huh, wha?” — because you weren’t the one who immediately got handed the “girly” characters (I quote) when you went to gaming conventions, and you’re not the ones who have had to deal with comments over the years. If you don’t see any gender bias in the gaming and fantasy industry, good for you — keep those rose-tinted glasses on, you’ll be happier. Me, I see it, and I react to it.

Okay, and part of it is that in almost every single game out there, female models look a million times better than male ones. And part of it is habit: I’m female, and I tend to play characters who are to some extent like me, even in role-playing games, unlike some of my friends who could happily play characters who were nothing like them at all — disturbingly so, in some memorable cases.

And yet with this one remaining character, maybe I should take the opportunity to break down some of my own sexist prejudices and see how the other half lives. Make a male character and just play that character.  If nothing else, it’ll probably be educational for me.

Of course the question then is, how do I play it? I don’t roleplay much online, but I certainly don’t step on the toes of those who do and we are, after all, on an RP server in EQ2. But what about the rest? Do I pretend I’m a guy? Do I go around cheerfully assuring everyone I meet (whether they care or not) that I’m not really a guy, I’m a girl, but I prefer to stare at male avatar butts? Do I say nothing at all?

Most of the time I don’t particularly notice if the avatar of the person I’m talking to is male or female. Most of the time I’m not actually with the person I’m talking to, since a lot of interactions are via the meta-channels (like the crafting channel) or tells and the like — so my gender impressions are formed more from what people say and how they say it than from how their avatar looks. That said, I have gender biases and preconceptions as much as the next person, even if I try to be aware of them. Someone who *giggles* a lot (and oh man that irks me, don’t ask me why — grown people just should. not. giggle, especially not when they have to type it out) almost invariably screams female to me, and maybe that’s why it irks me. We are not all giggly and giddy. Similarly though, someone who swears gratuitously or excessively almost always comes across as male, and as a young male at that. Stereotypes, I has them.

So, yeah. The idea of playing a male char is mildly perturbing to me in the first place, since I almost never do it, and then there’s the question of how to play them and how to portray them in meta-situations, assuming anyone actually cares. (I don’t, as I just explained, so it’s highly likely a fair proportion of other players don’t care either.) I’d have more trouble with this if it were WoW and not EQ2, since in WOW the male avatar models are so ludicrously testosterone-overloaded it feels like I’m steering a roid-raged gorilla. Fortunately, the EQ2 models have more gender parity — the elven males are a little androdynous, and the barbarian & dwarven females are pretty built, so all in all it kind of evens out. None of the races have a huge visual gap between the male and female versions — except, interestingly, the sarnak, who are a reptilian (draconian) race and whose females, therefore, are taller and bigger than the males.

I’m going to ponder this some more. In any case, if I do make a male wizard, he will be wearing a dress. Evens out, right?

23 responses to “She’ll never be a berserker”