This is where a bunch of you can say “I told you so!”

I don’t think I’m an MMO-snob, but for some reason I’ve never played a free to play MMO for any length of time. It’s not that I automatically think subscription-based games are better… or is it? If not automatically, then at least subconsciously?

There does seem to be a part of me that equates “paying” with “quality” which, as has been amply demonstrated by many sub-based games in the last few years, is in fact not as neat an equation as one might think. Or maybe I equate “not paying” with “lack of quality” — I’ve certainly spent a few years equating “not paying” with “being fleeced in different, micro-transaction ways, sometimes to the detriment of my gameplay”.

Which is a semi-valid point. But the fact remains that there are plenty of free or semi-free games out there that are a) as good as some of the AAA-sub-every-month-or-we-kill-your-lower-level-alts-cough-Conan-cough-cough and b) not entirely driven by the need to suck the financial marrow from your bones.

Then there was the n’Armadillo’s review of Runes of Magic, and the constant screaming pressure!! by a bunch people I know telling me to “try Guild Wars! You’ll like it!” for the last year or so. You know who you are.

All of which has led me to download RoM — though I haven’t tried it yet — and the trial version of Guild Wars. For some reason a year or so ago I couldn’t get RoM to install properly: I kept getting a corrupted download and after 2 or 3 tries I gave it a hearty “sod that” and moved on. This time around the download and install went fine.

Guild Wars was easy to install and I was playing very shortly thereafter — though anyone intending to do the trial should note that the background downloading causes a crapton of lag in some places. Another thing that bothers me a bit is that while the trial supposedly lasts 2 weeks, you only get 10 hours of play, and 10 hours can go pretty fast. Something to be aware of so that you don’t sit around AFK while you read up on classes and the like.

I managed a couple of hours of GW yesterday, and it sure is a pretty game. The graphics are old-fashioned in some way I can’t quite pin down, mostly the character models, but they’re perfectly acceptable, and the landscapes are pretty.

As for the gameplay and feel of it — this may sound weird, but it felt like a single-player RPG I just happened to be playing with other people around. It reminded me a bit of Dungeon Siege, which is not a bad thing. I haven’t experienced enough content to give any sort of review yet, but it certainly wasn’t un-fun. I’m already considering buying the game, which is the only investment I’ll have to make if I intend to keep playing.

Which is where these F2P or mostly-F2P games are suddenly more interesting to me than they were. I’m in a fickle-bitch phase but I don’t want to keep up a bunch of subs to games I’m going to play a few hours a month. In that respect, knowing that I can jump into whatever F2P game I want, play a bit, then not log in again for weeks is a real relief from thinking I need to wring every last cent of value from my subs-based games.

It’s not that I lack the disposable income — though we’re watching our budget like pretty much everyone else these days — it’s that I don’t like paying for something I’m not using, even if it doesn’t cost a lot.

So yeah — I may be late to the free-games party, but I’m here now. Get down with your bad selves! 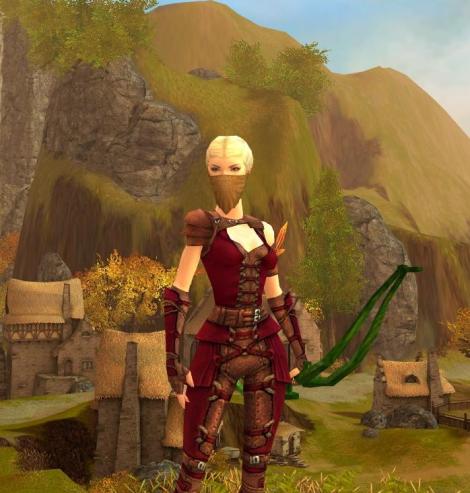 Ysharros Shadowkeep the (what else) ranger. Rar!

19 responses to “Playing with the hoi polloi”